Facilitator Joel Ivers will summarize the week’s lead stories, discuss in depth any significant new legislation, lead you in an informative and vibrant discussion and end with a joke or two. 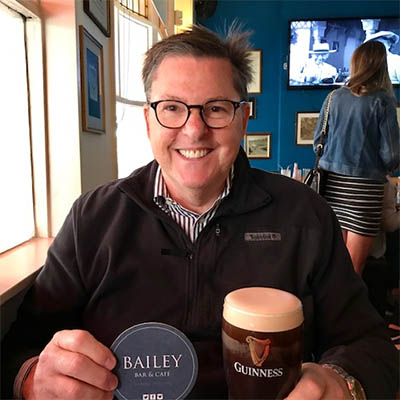 Joel Ivers, ILIR’s Board Chair, is best known to our members as the leader of the Current Events Class every Monday morning. Joel’s life-long love of politics and world affairs started with working for candidates during the 1968 presidential campaign. Joel is a retired business executive who has been CEO/COO of five different start-ups and large biomedical and IT companies after beginning his career at Johnson and Johnson. He also managed a seed-stage Venture Capital fund. Since retiring in 2014, Joel has been a volunteer mentor for start-up companies in South Florida and a member of the Investment Committee for Florida Funders. Additionally, he was formerly the Board Treasurer and is President of his condo association in Boca Raton. Joel holds a B.S. in Chemistry from The University of Redlands (CA) and an M.A. in Genetics and Molecular Biology from Indiana University.