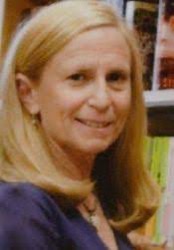 Deborah Shlian is a physician, medical consultant, and author of numerous non-fiction articles and books as well as three published novels co-authored with her husband Joel (Double Illusion, Wednesday’s Child and Rabbit in the Moon). Rabbit in the Moon, an international thriller, won the 2009 Gold Medal, Florida Book Award. Deborah is co-author with Dr. Linda Reid, of the Sammy Greene thriller series. Dead Air, the first in the series won the 2010 Royal Palm Literary Award for Best Thriller. Devil Wind the second in the series was just released. Recently, she published Lessons Learned: Stories from Women Physician Leaders.